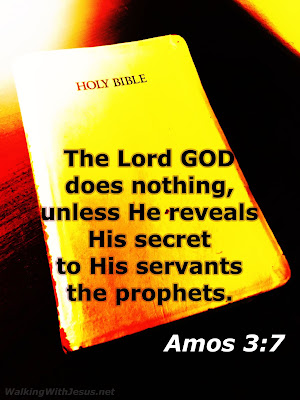 *Especially insightful article by Dave Hunt from nearly 30 years ago. How things have developed since then!

We have now entered the last decade of the second millennium since Christ's birth. One is tempted to cry out: Will our Lord ever return to reign personally upon earth and usher in the Millennium? Why has He waited so long? We must not forget that the return of Christ is intimately linked with the coming of the Antichrist—who can only be revealed in his time (2 Thes:2:6-8).

I remember, as a young boy in the late 1930s, listening with special interest whenever preachers presented from familiar scriptures the prophesied "signs" that would herald the approach of Christ's second coming. There was much speculation about current developments: What was the significance of the Great Depression? Where did President Roosevelt's New Deal, with its innovative economic and banking measures, fit in? And what about Hitler—could he be the prophesied Antichrist? He was certainly a prime suspect!
Even back then, there was a very firm consensus on at least two points: Israel would have to return to her own land in unbelief, becoming a nation there once again; and the Roman Empire must be revived. These convictions were held in spite of every indication to the contrary. Confidence in the Bible alone caused us to believe that what seemed at the time to be preposterous would indeed come to pass—perhaps even in our lifetime.
Of course, applying prophecy to the present world had its difficulties. For example, since the days when she had been part of the Roman Empire, Britain had acquired a worldwide empire of its own upon which "the sun never set." Would that all be part of the "revived" Roman Empire? Again there was a firm conviction that Britain would have to lose her far-flung colonies in order to be included in the new union of Western Europe. Unthinkable in those days when "Britannia ruled the waves"! Yet we accepted such "impossibilities" by simple faith in God's prophetic Word.
Much of what I learned as prophecy in my youth has since become history. The seemingly impossible has happened, including the astonishing rebirth of the nation Israel. To a large extent she remains in unbelief and rebellion against the One who, nevertheless, still calls Himself "the God of Abraham, Isaac and Jacob." Make no mistake, the Israelites are there in fulfillment of God's promises and under His protection. Jeremiah 30-32 is sufficient (and there are many other similar scriptures) to clear up any doubt on this subject. It includes:

O Israel...I am with thee, saith the Lord, to save thee: though I make a full end of all nations whither I have scattered thee,yet will I not make a full end of thee: but I will correct thee in measure....
All they that devour thee shall be devoured....Hear the word of the Lord, O ye nations....He that scattered Israel will gather him, and keep him, as a shepherd doth his flock...and they shall not sorrow any more at all....
Thus saith the Lord, which giveth the sun for a light by day, and the ordinances of the moon and of the stars...If those ordinances depart from before me...then the seed of Israel also shall cease from being a nation.... Behold, the days come, saith the Lord, that...[Jerusalem] shall not be plucked up, nor thrown down any more for ever.

Posted by Brian Farrell at 11:25 AM No comments: