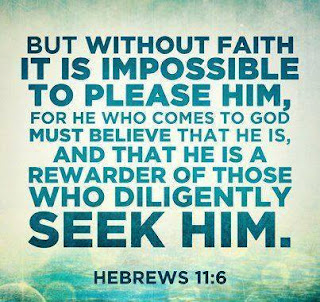 ). God will reveal Himself to the entire world in judgment: "Every eye shall see him . . . and all kindreds of the earth shall wail because of him" (Revelation:1:7), and all flesh will know that He is God!
May our passion be to know and love Him now. May our lives be characterized by a reverent fear of Him. And may we persuade those about us to know, through Jesus Christ, the only true God, whom to know is life eternal.
Hunt & McMahon. (2008, January 1). A God Who Hides Himself. thebereancall.org. Retrieved May 1, 2016 from http://www.thebereancall.org/content/january-2008-extra-god-who-hides-himself

Posted by Brian Farrell at 3:42 PM No comments: