Posted by Brian Farrell at 4:36 PM No comments:

The Word is our Counselor 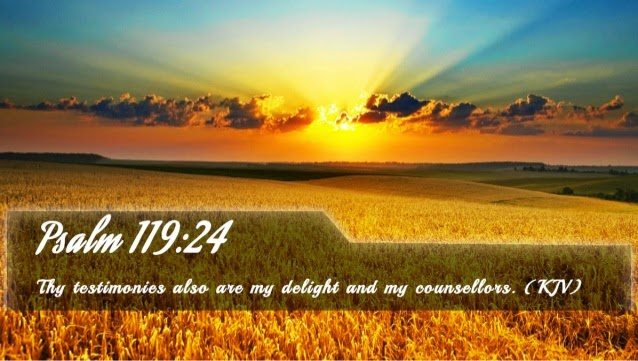 To a great extent, sin is its own judgment. When it is fully developed, the sin itself is the judgment of the seed of rebellion that started in our hearts, sometimes years earlier.

It is surprising and perplexing how our sinful actions, which inevitably bring judgment and our own demise, so often feel empowering, rewarding, satisfying and blissful, especially in the beginning. Sin is usually brutally deceptive, which is why we are to know God’s ways and be on guard for sin’s lure.

As the prophet has warned,

"The heart is deceitful above all things,
And desperately wicked;
Who can know it?"
Jeremiah 17:9

But we seek God’s inerrant Word,

"Princes also sit and speak against me,
But Your servant meditates on Your statutes.
Your testimonies also are my delight
And my counselors."
Psalm 119:23-24

Posted by Brian Farrell at 2:06 PM No comments: