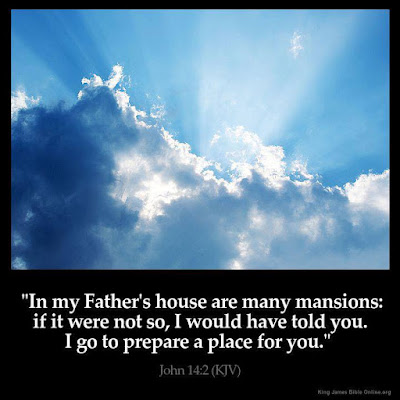 The Rapture of the church involves all believers being caught up to heaven—those just resurrected together with those alive at the time (1 Thes:4:13-18


). If it occurs at the beginning of the tribulation period, then clearly Christ’s Second Coming at the end of the Tribulation to rescue Israel in the midst of Armageddon is a separate event. According toZechariah:14:3-5

, “all the saints” must accompany Christ back to earth. But if the Rapture occurs at the end of the Tribulation, it must be simultaneous with the Second Coming, making them one event. Which is it: two events separated by seven years, or one event with two diverse purposes?
This question, although it has nothing to do with the gospel of salvation, divides much of the evangelical church. Happily, it can be settled rather easily. The descriptions in Scripture of the Rapture and Second Coming respectively are so different in so many details that they could not possibly be describing the same occurrence. We can’t cover all of these distinctions, but here are a few:
1) At the Rapture Christ does not return to earth but catches believers up to meet Him above the earth, taking them directly to heaven: “I will come again, and receive you unto myself; that where I am, there ye may be also” (Jn:14:3); “caught up...to meet the Lord in the air: and so shall we ever be with the Lord.” (1 Thes:4:17)
In contrast, at the Second Coming Christ returns to this earth to rule Israel and the world from David’s throne in Jerusalem: “His feet shall stand in that day upon the mount of Olives, which is before Jerusalem” (Zec:14:4); “the Lord God shall give unto him the throne of his father David: And he shall reign over the house of Jacob for ever; and of his kingdom there shall be no end” (Lk 1:32-33); “And I saw heaven opened, and behold a white horse; and he that sat upon him....The armies which were in heaven followed him....Out of his mouth goeth a sharp sword, that with it he should smite the nations: and he shall rule them with a rod of iron” (Rv 19:11-15).
2) At the Rapture there is a resurrection of all believers who have died up to that time: “The dead shall be raised incorruptible” (1 Cor:15:52-53
); “the dead in Christ shall rise first....” (1 Thes:4:16)
In contrast, at the Second Coming there is no resurrection until Antichrist is defeated, he and the false prophet have been “cast alive into a lake of fire” (Rv 19:20), and Satan has been bound in the “bottomless pit [for] a thousand years” (20:1-3)—none of which is even remotely related to the rapture of believers to heaven. Then, to “the first resurrection” that occurred at the Rapture are added a unique group: “Them that were beheaded for the witness of Jesus, and for the word of God, and which had not worshiped the beast, neither his image, neither had received his mark upon their foreheads, or in their hands; and they lived and reigned with Christ a thousand years” (4-5).
3) At the Rapture , the bodies of living believers (like those who are resurrected) will be changed to become immortal: “We shall not all sleep [i.e., die], but we shall all be changed...the dead shall be raised incorruptible, and we [who are living] shall be changed. For this corruptible must put on incorruption, and this mortal must put on immortality” (1 Cor:15:51-53