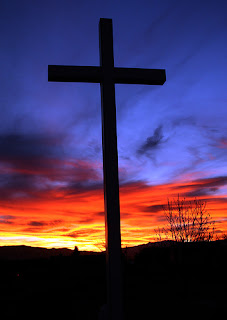 Posted by Brian Farrell at 4:12 PM No comments:

Bite-Sized Bible Studies: Every Eye Will See Him 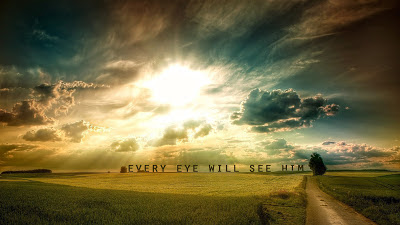 Christ is in the world today, in that He indwells those who have been born again. But, Jesus is returning bodily (and soon) at His 2nd Coming.

"For as the lightning comes from the east and flashes to the west, so also will the coming of the Son of Man be (Mt 24:27)."

The rapture of the church is imminent. At the rapture, the believers will meet Him in the air and are glorified in the twinkling of an eye (1 Thess. 4:17, 1 Cor. 15:52). Shortly after the rapture, the world is then thrust into what Jesus called “Great Tribulation.” According to Daniel (9:24-27), this period of time will last 7 years. Jesus' Second Coming brings the Great Tribulation to an end.

The Second Coming is the physical, bodily return of Jesus to earth, with His church, to rule and reign over God's Kingdom forever.

Behold, He is coming with clouds, and every eye will see Him, even they who pierced Him. And all the tribes of the earth will mourn because of Him. Even so, Amen (Rev 1:7).

"Every eye will see Him" like "lightning flashing across the sky." The Second Coming of Christ will not happen in secret. There will be no doubt or question as to His arrival.

Posted by Brian Farrell at 4:12 PM No comments: