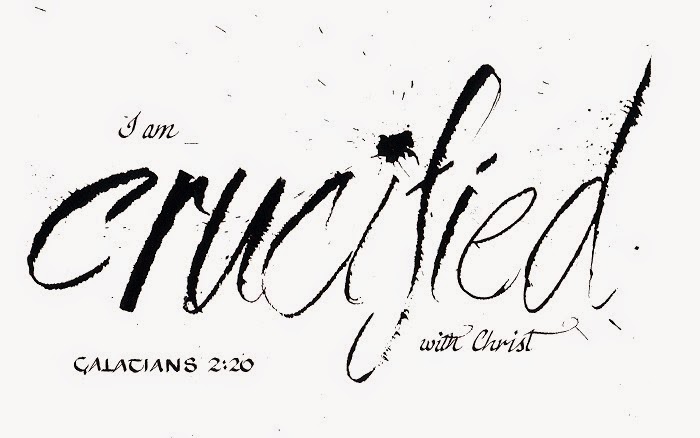 By Dave Hunt
“I am crucified with Christ: nevertheless I live; yet not I, but Christ liveth in me....”   — Galatians:2:20
Anti-Christian elements in the secular world would like very much to do away with all public display of the cross. Yet it is still seen atop tens of thousands of churches and in religious processions, often made of gold and even studded with precious stones. Most frequently, however, the cross is displayed as popular jewelry hanging around necks or dangling from ears. One wonders by what strange alchemy the bloodstained, rugged cross of torment upon which Christ suffered and died for our sins became so sanitized and glamorized.
No matter how it is displayed, even as jewelry or graffiti, the cross is universally recognized as the symbol of Christianity—and therein lies a serious problem. The cross itself rather than what transpired upon it 19 centuries ago has become the focus of attention, resulting in several grave errors. Its very shape , though devised by cruel pagans for punishing criminals, has become holy and mysteriously imbued with magic properties, fostering the delusion that displaying a cross somehow provides divine protection. Millions superstitiously keep a cross in their homes or on their person or make “the sign of the cross” to ward off evil and frighten demons away. Demons fear Christ, not a cross; and any who have not been crucified with Him display a cross in vain.
Paul declared, “For the preaching of the cross is to them that perish foolishness; but unto us which are saved it is the power of God” (1 Cor:1:18). So the power of the cross lies not in its display but in its preaching ; and that preaching has nothing to do with the peculiar shape of the cross but with Christ’s death upon it as declared in the gospel. The gospel is “the power of God unto salvation to every one that believeth” (Rom:1:16), not to those who wear or otherwise display or make the sign of the cross.
What is this gospel that saves? Paul states explicitly: “I declare unto you the gospel which I preached unto you...by which also ye are saved,...how that Christ died for our sins according to the scriptures; and that he was buried, and that he rose again the third day according to the scriptures...” (1 Cor:15:1-4

Posted by Brian Farrell at 2:23 PM No comments: